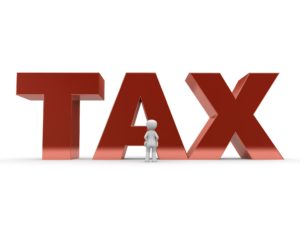 Clients of mine, a couple in their mid-60s, are in the process of selling their San Diego business and Del Mar home, and moving to another country to retire. This has led them to ask many questions concerning the worldwide taxation income and the tax requirements for U.S. citizens.

After getting them answers, they are now in the process of determining which country to move to, based in large part, on the tax consequences. (By the way, the technical term is “expatriating” and just means that you are still a U. S. citizen living abroad.) What we are seeing thus far is this will give them a 35-50% increase in their net “livable income.” Wow! Imagine That™!

As enticing an idea as that might seem, before packing up and moving abroad let’s understand the five categories of how countries tax their inhabitants:

More Specifics About the First Three Categories of Countries

The U.S. is the only major Category 1 country and uses a “citizen” tax system; it taxes its citizens and permanent residents (green card holders) no matter where they live.  The only other country in this category is Eritrea (East Africa).

Category 2 is the most common type of tax system and is called a “residential” tax system.  A “resident” is defined in most countries as someone who spends more than 183 days (i.e. more than half a year) living in the country.  Notable countries in this category include Australia, Brazil, Canada, China, Germany, Japan, Mexico and the U.K.

Category 3 countries tax citizens on their worldwide income but not its foreign residents.  The Philippines and Saudi Arabia are the only countries in this category.

If you plan to move abroad and want to reduce or eliminate income taxes, consider moving to a Category 4 or 5 country.

Thirty-three countries are in Category 4 and use a “territorial” tax system.  If you move to a Category 4 country and want to avoid paying any income taxes, consider establishing an online business or other type of business, such as an export business, that doesn’t sell to locals.  Business-friendly countries in this category include Costa Rica, Hong Kong, Malaysia, Panama and Singapore.

Twenty-two Category 5 countries have no personal income tax on its citizens or residents.  Several of these countries are in the Caribbean and were greatly impacted by the recent hurricane Irma—Antigua and Barbuda, Bahamas, British Virgin Islands, Cayman Islands, and Turks and Caicos Islands.

Expatriating Does Not End Your Dealings with the Feds

It would be nice if moving to another country simply meant no more dealing with the IRS but this is not the case if you are a U.S. citizen or green card holder who moves abroad.  The U.S. taxes its citizens and permanent residents no matter where they reside.

If you are a U.S. citizen or permanent resident and move to another country, you are required to file your federal income tax returns each year, even if you do not owe any money to the IRS.  To avoid the payment of double tax to the U.S. and your new country of domicile, you may be eligible for the foreign earned income exclusion (FEIE), which permits expatriates to earn up to $101,300 in 2016 in salary free of federal income tax.  The exclusion is doubled if married and is indexed for inflation.  If your income is greater than this amount, you will be required to pay U.S. tax on the excess beyond the $101,300/$202,600.  The FEIE only applies to your salary; you are required to pay U.S. tax on any capital gains, interest, dividends, rents, pensions or royalties you receive regardless of what country you live in.

In addition to filing federal tax returns each year, if you have an interest in, or signatory authority over, foreign financial accounts with an aggregate sum over $10,000, then a Foreign Bank and Financial Account Report (FBAR) must be provided annually to the U.S. Treasury Department.  Since this is an aggregate sum, you need to add up all your checking and savings accounts, investments, pension and retirement accounts to see if you meet the threshold.  Even if the money is not your own, if you have signatory authority over an account, you must include it in the calculations to see if you must provide a FBAR.

Can an Expatriate Completely End Their IRS/Treasury Dept. Obligations?

The short answer is yes!  You can officially end your obligations to the IRS and Treasury Department if you renounce or relinquish your U.S. citizenship.  But be sure you have another nationality before starting the renunciation process; otherwise, you could wind up stateless and confined to an airport like Tom Hanks in the movie The Terminal.  The fee payable to the U. S. Consulate is $2,350, but might be worth it to never spend the time and money to prepare another federal tax return again!

The IRS has one last chance to take a tax bite before you give up your citizenship.  You will be required to pay an Exit Tax of up to 23.8% if you meet one of three conditions:

The Exit Tax is computed as if you sold all your assets on the day before you expatriated, and had to report the gain.  If you meet any of these conditions, the first $699,000 of gain is shielded from the 2017 Exit Tax if single (or nearly $1.4 million if married.)  You can defer the payment of the Exit Tax on certain assets, such as a 401(k) plan, until distributions are made from the plan; however, you will be required to post a bond or adequate security to defer payment of the Exit Tax owed.

Conclusion: Will I Save on Taxes if I Expatriate to the Right Country?

Ben Franklin once said that there are only two things certain in life: death and taxes.  While that is certainly true and death still comes to us all with “payment in full”, taxes don’t have to be as painful as they can sometimes be! While living abroad may not be for everyone, being able to afford such luxuries as a personal cook, maid, gardener (pool boy?) might make it worth a second thought.

Imagine That™! is a complimentary monthly newsletter provided by Wealth Legacy Group®, Inc. that addresses various topics of interest for high-net-worth and high-income business owners, professionals, executives and their families. To be added to our monthly list, please click here.