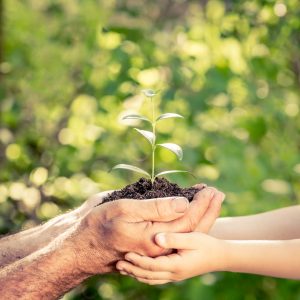 Once there was a king of a fair and far away land. The people of the kingdom were happy and industrious. The king had established his realm through hard work, a clever head for business, and by providing needed services to the villagers.

The queen, much loved in the realm, was gracious, God-fearing and loyal to the king. She busied herself in raising their young children and being involved in activities in the kingdom, especially the musical arts.

The princess and prince grew up as different as two children can be. The daughter was academic and musical but with a sadness in her spirit that became more and more evident as she grew. Rebellious and strong-willed, she moved away from the kingdom and was seldom heard from despite the queen’s frequent outreach.

While the queen was very sad over the lost princess, the king seemed not to notice. He continued to work long hours every day.  With his hard work, the kingdom truly flourished. All the villagers, those who traveled thru and traded with the village, were grateful to the king for the prosperity that his guidance brought to everyone. Many compared their village, with all its abundance, to the fabled Camelot of King Arthur’s days. It seemed so perfect. No one imagined that anything could or would someday destroy the success the king had built.

While it was not discussed outwardly, many assumed that one day the young prince would ascend to his father’s throne. Academically and socially resourceful, the prince occasionally accompanied the king, though the king’s responsibilities left him little time or energy to play or interact with the prince. The king was lost in his adult world of taxes, tribute and responsibilities.  An unseen moat separated the king from his young son as literally as the moat surrounding the castle kept out unwanted visitors.

The prince pursued other interests as he grew into his teen years. One day, the queen sat down for a casual but life-altering conversation with her son. She talked of things that had thus far been unspoken of in the royal family. She had observed the talents and leanings of the prince, and saw that his personal gifts and interests were directed beyond their kingdom’s borders.

With great love and the wisdom of letting go, she let the prince know there would always be a place in the kingdom if he wished there to be. She had watched him, however, and wondered if he would be content to simply step into a role created by the king? With her gentle style, the queen gave the prince her permission to use his gifts however he chose… even if it meant going to distant lands and not returning to the family kingdom.

The time came when the prince came of age. He chose to attend a university outside the kingdom and was soon happily engaged in classes and in meeting other young nobles from distant lands. One day while returning from a full day of intellectual wrestling and jousting, the prince was hailed by a royal messenger. Before hearing him speak, the young prince somehow knew that his father, the king, was dead.

Numb with grief for the father he barely knew, the prince made arrangements to return to the kingdom and stand beside his mother. Ill-prepared to step into the king’s daily role, and at the encouragement of the queen, the prince soon returned to his new world of university and studies.

The kingdom continued its daily functioning through the direction of the king’s loyal steward, but all too soon a number of critical vulnerabilities began to be seen. The trumpets of farewell and the funeral procession were still fresh memories, but already the foundation on which the kingdom was built began to crumble.

The kingdom that seemed so strong and perfect just a few months ago, now showed itself vulnerable and without direction.  The king, for all his royal wisdom and abilities, had not prepared anyone to assume his role upon the throne. And he had done little to ensure that greed and jealousy – so often a part of human frailty in kingdoms and families alike – would not prevail.

There is no “happily ever after” with this story …

The above is not a fairy tale, and there is no “happily ever after.” The kingdom described was the multi-million dollar business built by my father. It was enormously successful and thriving as long as my father was alive.  No one, least of all my father, imagined just how quickly the unexpected, when coupled with acts of treachery and betrayal, could and did destroy the business. Like so many other privately owned businesses, the value was not sustainable on its own. Much of the gold and the riches ended up buried with the “king”.

Unfortunately, when my father died in 1977 at age 66, we were still unprepared for his death. His vision of the future and plans for continuing success were stored only in his head. If he recognized my lack of interest in following in his footsteps, he never verbalized it. Perhaps he hoped I’d have a change of heart as time went by? Regardless, I was ill-prepared at the age of 18 to run a complicated business. With no emotional or intellectual attraction to the business, it took little convincing by my mother for me to return to school.

The significant success of the business over the years had outgrown the training and abilities of the successor management.  Grooming a replacement or growing his managers was not a priority to my father during his “reign”. As my mother and cousin soon discovered, there were fierce “giants” and “ogres” to fight at every turn. A lack of a business plan and well-trained management team were enormous obstacles to overcome, and played a significant role in the eventual downfall of my father’s and family’s “kingdom”.

Another major “chink in the armor” was poor planning.  My father’s life insurance, purchased many years before and left uninspected, “died” ten days before he did. The term policy had expired and was not renewable past a certain point. The anticipated cash to help the business through the months/years of transition wasn’t there. Between estate taxes, remodeling debt for the business, legal battles, ongoing accounting and attorney fees, and an unscrupulous national partner, the working capital disappeared. Without the founder and business visionary running operations, the business lines of credit were shut off. My mother had stepped into a business with no cash to sustain it.

As often happens when there is unplanned transition in ownership or succession, the ugly specters of treachery or greed raise their heads. My mother and the business were immediately confronted by unethical decisions by our national affiliate. With my father gone, they illegally changed the terms of our “hauling allowance” – the amount of reimbursement received for transporting fuel using our own trucks and transport vehicles. Confronted with their illegal behavior, their attorney’s retort was, “if you don’t like it – take us to court.” With their superior financial resources, and armies of attorney’s, matters were kept tied up in the courts for over ten years … until the business finally ran out of cash and filed for bankruptcy.

One last “twisting of the knife” was via a lawsuit filed by my father’s minority interest partner – a long-time family friend. We’ll never know if it was just greed meeting opportunity or whether he had a legitimate position. There was not an open dialog, but a bullying of my mother, followed quickly by threats of a lawsuit and letters from his attorney. He claimed that portions of the written buy-sell agreement had been supplanted by oral agreements between him and my father. While the case was eventually decided in our favor, the judge ruled that there was enough merit in certain aspects of the case to warrant expensive depositions and several years of legal wrangling. Most, if not all of this needless emotional, relational and financial cost could have been avoided had the buy-sell agreement been routinely reviewed and kept current.

Ten years after my father’s death, the doors to the business were shuttered and what assets remained were sold for pennies on the dollar. Unfortunately, this is not an uncommon ending. While the founder/owner (king) is on the throne, all is well. There is growth and abundance and perhaps an extravagant lifestyle. Little or nothing is done to prepare for the inevitable transition. As in the story of Camelot and the Knights of the Round Table, the “best of the times” lasts but a season, to be brought down by the unexpected and/or acts of treachery, greed and selfishness.

What does your “kingdom” look like today, and what steps have you taken to keep it from being another Kelly Oil Company or the Camelot of old? As the “king” of your business empire, begin today what is often a 3-5 year process of planning for an ultimate transition in leadership that will someday occur. Surround yourself with the counsel of wise “seers” who have walked with many the winding paths of succession over many seasons. The safety and survival of your kingdom and your royal family depends upon it …

3 thoughts on “Once There Was A King”