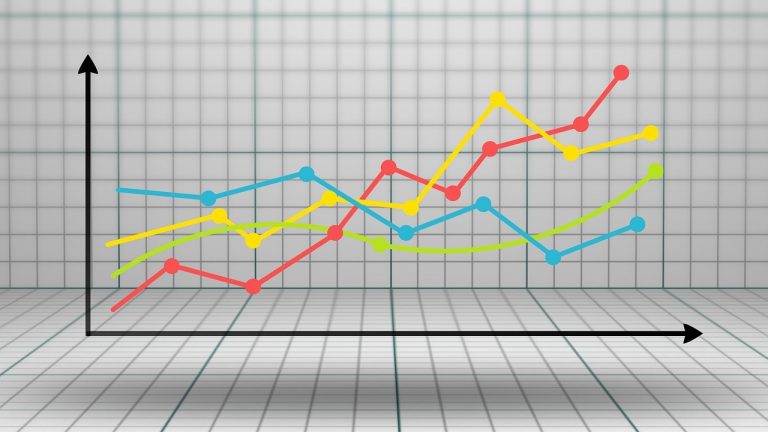 Last year, U.S. stocks marched steadily higher with only minor pullbacks along the way.  When the year ended, the largest “peak to trough” decline (from the highest level to the lowest level) for the S&P 500 Index was just under 3% (St. Louis Federal Reserve data on the S&P 500).  It was a year that lacked turbulence and one that rewarded diversified investors.  Frankly, we all kinda forgot about that “market volatility thing” . . . the “wiggle factor.”

Since the beginning of February 2018, however, volatility has returned – with a vengeance.  It’s a reminder that periods of relative tranquility don’t last very long where the stock market is concerned!  Seasoned long-term investors know to look past short-term volatility but it creates uneasiness among some investors.  If we were facing serious economic challenges – something that might be signaling a recession – it would be a cause for concern.  For right now, we are not in such a situation.

Remaining calm, despite market gyrations, can be accomplished . . .

Let’s review two underlying supports for stocks.  First, Corporate America is doing extremely well.  Why?  The lower corporate tax rate in the “Tax Cuts and Jobs Act of 2017” went into effect in 2018 and is expected to increase this year’s corporate profits by nearly 20% (Thomson Reuters).  Another positive sign is in the extremely low rate of first-time claims for unemployment insurance.  The weekly rate recently touched a level not seen since the late 1960s (St. Louis Federal Reserve).  It’s a concrete sign that companies don’t want to lose employees and that people have jobs.  If business conditions were deteriorating, the opposite would be true.

Second, we have solid economic fundamentals right now.  The Conference Board’s Leading Economic Index (designed to detect emerging trends in the economy), recently hit a new high.  This, coupled with interest rates that have remained at historically low levels, have cushioned the downside, in my view, and remain supportive of stocks.

So, if Things Are Good – Why the Volatility?

Two issues have recently surfaced that have stirred up volatility.  First, is the talk of the imposition of tariffs by the U.S. and China.  Last month, President Trump announced the U.S. would impose steep tariffs on steel and aluminum imports, fueling concerns over protectionism and the potential impact on the economy.  His apparent goals: pry open foreign markets to U.S. exports – protect certain U.S. industries that have long been undercut by subsidized foreign competitors – and stop certain practices by countries (specifically China) that have been stealing intellectual property from companies doing business there.

Before I go on, let me say that it is not my role as your financial advisor to offer up opinions on political issues.  However, it is incumbent upon me to analyze and share my thoughts on headlines that are influencing the stock market.  It’s not meant as a political statement.  It is a commentary on events viewed through the narrow prism of the market.  Fair enough?

Investors have viewed the corporate tax cut and the paring back of regulations very favorably.  Trade tensions, however, have created uncertainty.

Most economists support free trade.  It’s a net benefit to the U.S. and global economy.  But “net benefit” means there are both winners and losers.  The most notable winners are those consumers who pay less for various goods, and those who work in export-oriented industries.  In 2017, U.S. exports totaled $2.3 trillion (U.S. Bureau of Economic Analysis).  Yes, that’s trillion with a “T.”  There are losers, however, and the losers are those whose jobs disappear amid a flood of cheaper imports.

U.S. manufacturers are consumers of steel and aluminum, including farm and construction equipment, aerospace, pipeline and drilling equipment in the energy industry – and even specialized fish hooks for sport fishing!  If the tariffs go into effect, at a minimum, it may modestly boost inflation and could force some U.S. manufacturers to put projects on the back shelf or move production offshore.

Worse, U.S. tariffs may invite retaliation – pressuring exporters, jobs and profits in globally competitive sectors.  It could also spark a “tit-for-tat” trade war that hurts everyone.

As February ended, Trump announced he was planning to impose tariffs on Chinese steel and aluminum imports.  In return, China announced new barriers on certain goods from strategic parts of the U.S. economy.  Though their response was measured, and while the odds of a major trade war remain low, all this has injected uncertainty into market sentiment.

The second issue causing volatility is coming from issues in the technology sector of our economy.  For example, Facebook is embroiled in a controversy over privacy and data sharing.  Facebook CEO, Mark Zuckerberg, spent two days in front of Congress this month, responding to questions about data misuse in the wake of the Cambridge Analytica scandal.  More recently, President Trump has again been sending Twitter darts at Amazon – expressing his displeasure in several tweets.

These are only two stocks, but both have been consistent high performers – leading the tech sector ever higher.  Their combined market capitalization is $1.1 trillion! (WSJ as of April 3, 2018).  Uncertainty created towards them naturally ripples across the broader U.S. market.

Let’s Step Back and Gain Some Perspective

Others might have a different perspective, but the above reasons have certainly played a major role in the resurfaced stock market gyrations.  That said, it is important to not get lost in the weeds.  Day traders care about minute-by-minute swings in stocks prices, but long-term investors should sidestep such concerns.

So, let’s step back and gather some perspective by reviewing the historical data.  According to LPL Research:

These bullet points indicate that turbulence surfaces from time to time.  But patient investors who don’t react emotionally and run to cash at the first down market have historically been rewarded.

Some degree of risk is inevitable, but our recommendations are designed to minimize risk and have your long-term goals in mind.  Plus, we can show the long-term benefits of staying invested and not running to the stands.  Here’s a table to prove the point . . .

The Following Table lists the key index return for the month of March 2018 as well as year-to-date returns:

One of my professional designations is the RICP.  In my Retirement Income Certified Professional studies, I learned that the four most “dangerous” investment years are the two years just prior to retiring – and the first two years after retirement.  Make sure you are actively reviewing your planning just prior to retirement and just after you retire.  If the economy has a significant adjustment, your assumptions may be completely “out-of-whack.”  We provide a retirement review process to compare the actual performance of your retirement investments with your objectives.  By “stress testing” the portfolio at various rates of return we can see how things stack up using a 1% lower return – 2% lower return, etc.  And, in this review, we also evaluate the effects of inflation, lifestyle changes, family needs and potential changes in the success of your business to your overall projected retirement success.  Often, too, we find that objectives have changed over time based upon new facts and circumstances, and this has an impact on where things stand regarding your ability to retire – or not.

Since February, the U.S. stock market has been experiencing a great deal of volatility.  How are you feeling about that?  Are you “white-knuckling” it or are things just fine in your account?  No worries?  If you want help in reviewing your present situation, or you would like a second opinion on how to structure your portfolio to address market swings – and the inevitable market correction that is coming – let’s talk.

Turbulence – smurbulence! Imagine an investment portfolio that, despite occasional and modest ups and downs, was built for the success in the long-run.  Imagine not having to worry about the day-to-day fluctuations in the market, and having a confident perspective buoyed by historical perspective and strategic diversification. We can make that happen.

2 thoughts on “Just When You Thought It Was Safe To Get Back Into The Water!”